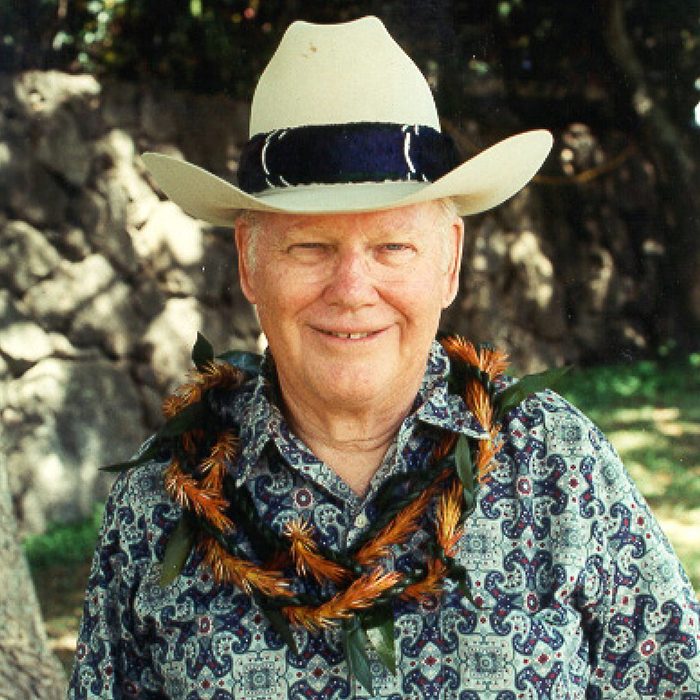 Monty was born at Kahua Ranch in Kohala on the Big Island.

Later he was to return there to stay, after earning a degree in Animal Husbandry from Cal Poly. Monty worked under his uncle, Atherton Richards, one of the founders of Kahua Ranch, and then became its manager himself in 1970. During his tenure he brought creativity and innovation to ranching in Hawaii, including new methods of grazing cattle, which are now commonplace in Hawaii. Under Monty’s guidance, change is constant at Kahua, from alternate energy research to diversified agriculture. Monty believes “we have a responsibility to our land and our people to perpetuate this life and lifestyle for future generations.”