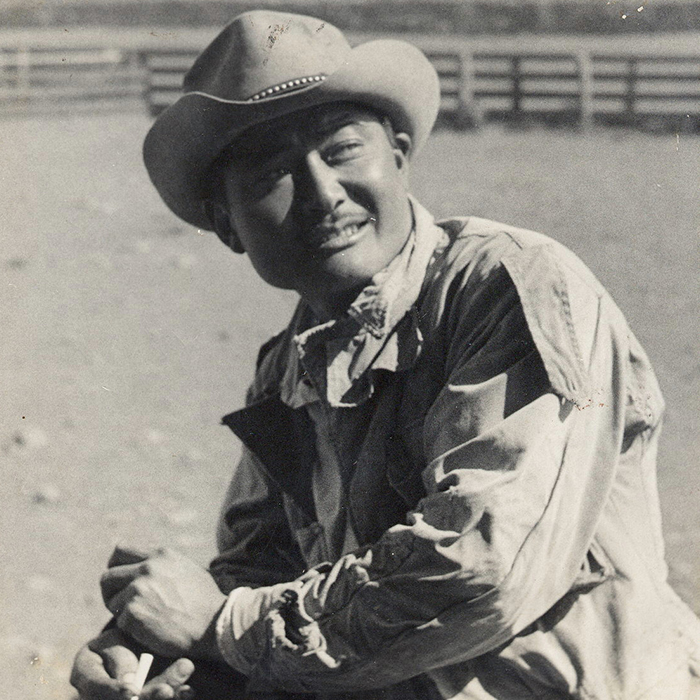 On the Parker Ranch payroll for more than 52 years, Jiro Yamaguchi learned early on how to be a cowboy. He had a great teacher -- his father, Matsuichi Yamaguchi, the ranch’s first Japanese cowboy Foreman.

Jiro recalls his father saddling up a horse and taking him along to work, starting when he was about six-years-old. It might have been good fun for a young boy, but Matsuichi saw it as part of his son’s basic schooling, and insisted Jiro pay close attention when out on the ranch. “He told me, ‘You watch how the boys drive the cattle and you learn. Don’t look and then forget about it,’” he recalls.

Early in his career, Jiro worked at the Parker Ranch dairy, where he made friends with a Kohala boy named Kingo Gushikuma. The two shared a bunkhouse and looked after each other until Kingo – who was recognized by the Paniolo Hall of Fame in 2000 for his work as a master saddle maker – moved to Oahu.

They never saw each other again until one day, 35 years later, when Kingo looked up Jiro during a visit to Waimea. The two cowboys struck up their old friendship, and Kingo offered to give him a special handcrafted saddle.

Like any hard-working cowboy, Jiro knows that the job comes with some bumps and bruises. “You get a lot of broken bones,” he observes. Over the years, he’s broken ribs, an arm, a leg, his collarbone and a shoulder blade. One of his scariest accidents happened when he got his foot caught in the stirrup after being bucked off a horse. He got dragged around the arena for a while. But - like a true paniolo, that never stopped him.