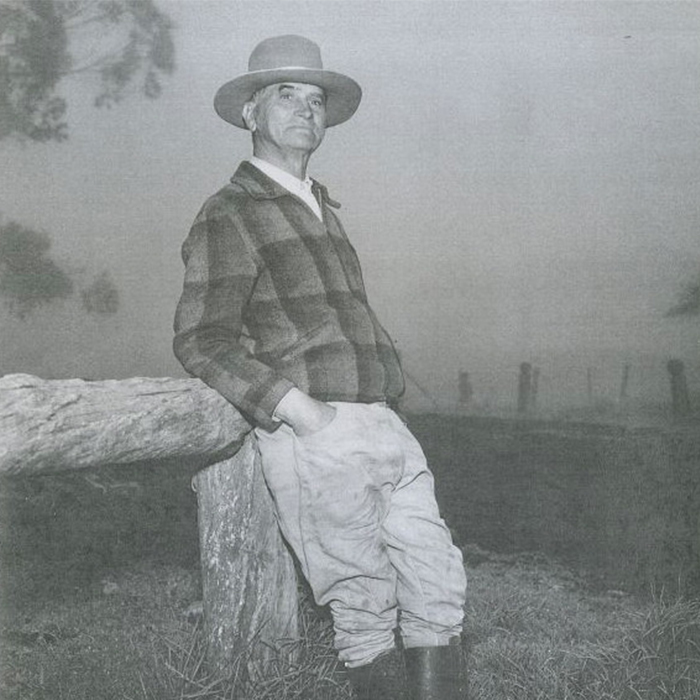 Joe emigrated with his family from Lisbon, Portugal to the Big Island at Kainehe, near Kukaiau, Hamakua. He attended Paauilo School and began working for the Kuakaiau Stock Ranch in 1895 when he was 15 years old. He became foreman in 1905, retaining his position through a change in ownership of the ranch property. Joe was to continue his work there until ill health prevented his active participation in ranch work at age 72.

At the time Joe began his long ranching career, the pasture lands were great, unfenced, forested areas where bands of horses and herds of long-horned cattle ran wild on the upper and lower slopes of Mauna Kea. He lived to see modern island ranching come into its own, with fenced forest reserves, the wild horses gone and all but a few of the once numerous wild cattle replaced by purebred Herefords.

During his time, the ranch ran about 10,000 head on 36,000 acres. Joe saw the transition of ranch operations from principally dairying to beef production, importing the Domino Hereford Breed from California. The quality of the present herd at Kukaiau Ranch is a tribute to Joe’s life-long work and tenure there for 57 years.

Joe Correia had many friends among the ranchers of the territory, and his reputation as an expert horseman and top -notch paniolo are still well- known throughout the cattle industry of the islands.