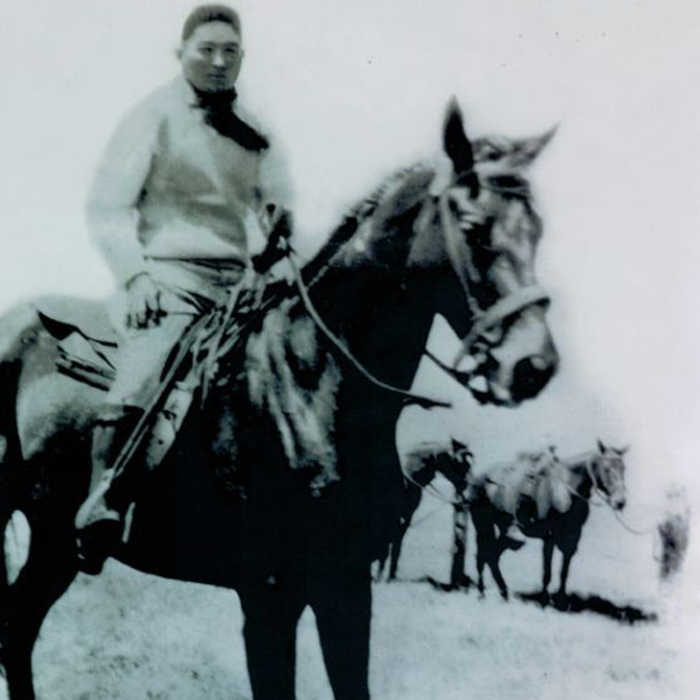 In the late 1880’s, Hisamatsu Yamaguchi and his wife Satsu immigrated from Hiroshima, Japan and eventually settled in Waimea.

During that time, Parker Ranch was Waimea. The paniolo culture wasn’t just how people made a living, it was how people lived. Matsuichi Yamaguchi was born into this culture on April 20, 1895. He was destined to have a short, but spectacular cowboy career.

Rather than work on the Puʻunēnē or Nuili sugar plantation like his father, Matsu chose the cowboy life and became a groundskeeper for A.W. Carter at the “Big White House” on Kawaihae Road. At this time, Matsu’s parents decided to return to Japan. Matsu remained in Waimea. A.W. Carter gave him living quarters on the premises in the cook’s house.

Matsu spoke fluent Hawaiian and was excellent with animals, especially horses. His skills did not go unnoticed. Soon, he was training racing prospects and handling Mr. Carter’s collection of breeding stallions.

Through the years he earned his boss’ respect. A.W. realized the potential within Matsu. To further develop him, A.W. assigned Matsu to the purebred Hereford operation, headquartered at Makahalau. It was the pride and joy of A.W., and it would be the perfect place for Matsu.

In the late 1920’s, Matsu moved back to Waimea where he was appointed to the all-Hawaiian “Cowboy Gang,” making him the first Parker Ranch cowboy of Japanese descent.

Matsu set the tone for excellence in horsemanship, cattle handling and leadership. He was a quiet, but congenial person. These traits combined with his skills earned him the position of Assistant Cowboy Foreman. This promotion was another first in the history of Parker Ranch.

On January 27, 1936, Matsu was badly injured in a tragic horse accident on the slopes of Mauna Kea. Sadly, he succumbed to his injuries and passed away the next day on January 28, 1936.

Matsuichi lived the life of a true Hawaiian cowboy. Matsuichi died living the life he loved so much. Matsuichi Yamaguchi WAS “Paniolo O Hawaiʻi”.