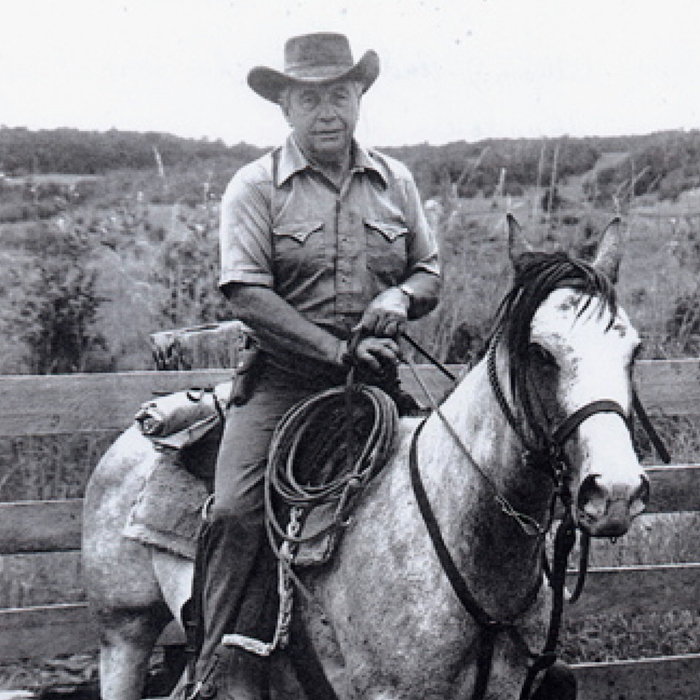 Willy Andrade grew up in Honoka`a, Hawaii, working on the family ranch his father started in Ahualoa. He was only 8 years old when his father was killed by a wild horse. But the paniolo was already in Willy and he continued until he built up his own ranch on his father’s land. It took two days for Willy to drive his cattle from Ahualoa to Waimea, and then to Kawaihae to the waiting ships, driving all night to make it by daybreak. Willy continued to run his ranch throughout the 30 years he also worked for the fire department. As late as 1978 he was still roping wild cattle in the forests of the Shipman Ranch up on Mauna Kea. Besides leaving a lifetime legacy as a paniolo, Willy will always be known for starting the Hawai`i Saddle Club, building an arena and putting on the first rodeo in Hawai`i. Willy’s paniolo story won’t stop with him, as his five children have followed in his footsteps.